It's a D2K mod! Holly Crackers!

Overview:
Hey there. You're reading this post wondering "What's this? A mod for the Dune2000 mod?"
Why yes, yes it is.

Made out of boredom and a need for something Dune, Rounded Edges came about as my own vain attempt at polishing the D2K beta mod to a point where it's fit for mass (read: my own) consumption.
However, it became so much more, sporting overhauled balance and effects and an AI capable of (somewhat) holding it's own, and now it seeks to annoy you with a download you may end up littering your harddrive with.

And why? For Fun, and Science. But mostly Fun.

But why read when you can watch?


What it's got:
A lot of fixes, especially to unit behavior. Never again will the siege tank's barrel TURN.
A new form of unit balance, akin to a mix of Red Alert, Dune 2000 and Dune 2.
Tons of graphical and audio improvements, including basic infantry idles, explosion having sound and cool bullet tracers.
An AI capable of building all units from all production buildings. Harvesters included.
Fixed building offsets and selection boxes.
Some building animations, including a cheap home-made repair pad animation.
Husks. All large vehicles and tanks turn into burning husks when busted. Even Defense towers leave a husk!
A lot of other cool but very obscure traits. No more obsessive "SILOS NEEDED!!!"

What it's not:
Mod independency. This mod needs D2K and by extension, RA.
Buildable aircraft. OpenRA currently cannot make aircraft behave true to Dune style.
Bibs. They became useless about the time RA came out. Also helps the AI a lot with them gone.
Defense building queue. It was the weakest link. In it's stead is the new Armor queue for heavy factories.
A proper balance testing. AI isn't.
New maps. Just one modified version of Combine's Death Depths.
Thumpers. Or worms for that matter.

What it needs:
Input. In fact, YOUR input. Rounded Edges needs balance and bug testing, though mainly the former.


Thanks to:
Cmd. Matt - For the D2K mod itself.
Combine - For his cool map.
Bellator - For his nice tank shell art.
OpenRA team - For OpenRA, duh.

I like it. Not sure why....
It is something with the feeling, like the starwars mod.
Thank you for making this amazing mod a little more..
Top

I think it's the graphical improvements. Bullet traces and burning husks are really well done here. The original Dune 2000 even had burning damaged buildings. Adding a new heavy build queue makes sense although it could make game-play more spammy again. The harvester speed is also an important fix I can only approve. Removing the bibs I am not so sure about. It looks "naked" and maybe this can clock production buildings up. If you don't want to contribute using GitHub, do you mind if I rip your improvements (updating the AUTHORS file of course)?
Top

Unfortunately I don't really have the time to go fiddling with a github branch myself, but you're more than welcome to use whatever you find, well, useful.
Just keep in mind, many of the .shp's are crude hackjobs on my part, and the tank shell tracer is Bellator's. (though he gave full permission)


I agree that no bibs makes it look 'naked'. I was hoping it was possible to disable the additional vertical cell in order to keep the look, but no such luck. Could've used the concrete slabs for that even.
But I found the AI benefitting immensely from the additional building space - as long as units don't block the refineries that is.
Top

I just copied everything and did dos2unix *.yaml with text files. You can see the diff at https://github.com/OpenRA/OpenRA/pull/2476 This might get merged into the next OpenRA release.
Top

I made some stuff for the harkonnen some time ago. Perhaps i'll get back to making moar some day. dunno. I've got some concepts for remaking the factions.
Top

I have to register to download that file. Suggest you add an attachment here. Aircraft for all 3 sides would be great by the way as I recently saw the Dune TV movies and ornithopters were not Atreides only.
Top

I like the idea of an Ordos APC and dark Harkonnen tanks (flame tank is superb). To get included some things need to be fixed:

Look out for case-sensitive spelling on game-files. 120mmB.shp != 120mmb (it will crash on Mac/Linux).
Top

Sounds awesome, all of it.

I really need to free up some time for OpenRA again.

All I've made since the upload is a quick and dirty port of D2K's missile graphics.
Top

Okay, this has been merged so it will be included in the next playtest. You might want to contribute a fix for the selection boxes. It is a little broken. Refinery is a lot too big and most others are too small or misplaced.
Top

That's odd. I checked the github pull and the selection bounds are there.
Top

It is just a minor cosmetic issue. I have not not been able to resolve this myself, too. 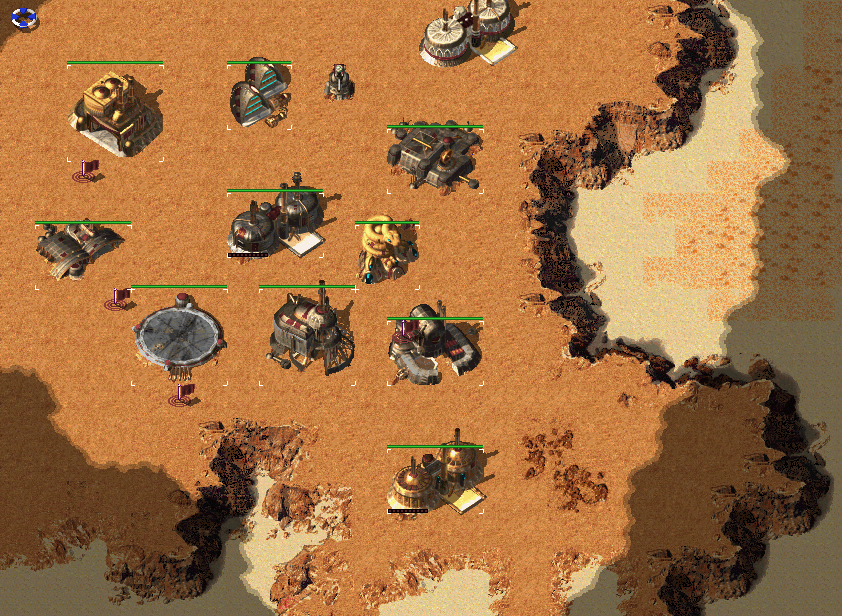 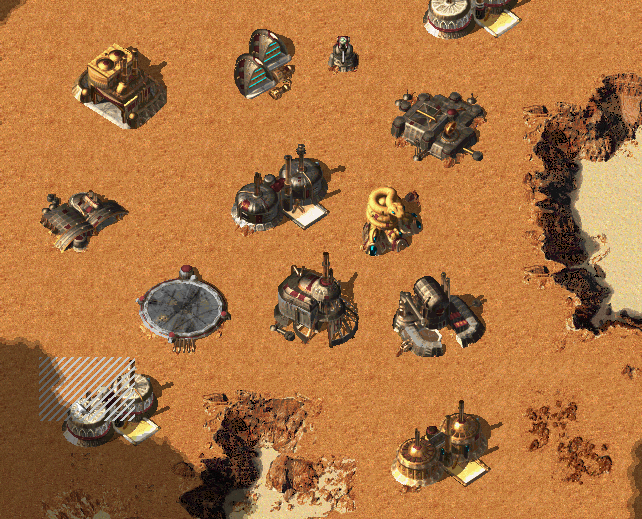