Not as if C&C has anything else than "low resolution"... the maximum map size in the game is only 62x62 cells.
Top A classic-inspired mod wouldn't be complete without the option of using the original 8 player colours!
Top

You could enforce the colors in map.yaml as a workaround. Have a look at Scott's single-player missions.
Top

Yeah, I've done that before. It's not quite the same though!

I prepared https://github.com/OpenRA/OpenRA/pull/2632 with support for classic C&C95 game rules. There are still lot's of quirks. The most annoying is a transparency problem with the chrome in-game UI. The skin looks fine, but was designed for code from several years ago and shows some strange transparency problems. I also have problems re-adding the movement flash https://github.com/OpenRA/OpenRA/issues/2592 which has been removed by sleipnir some time ago. The single-player mission code is very old and was disabled. I fixed the crashes on start-up and moved it into the new born cnc-classic mod. The mission scripting does not work as intended. The gun boat won't auto-attack and move orders will crash the game. I changed the hover craft to the original SHP which swallows the units on it. 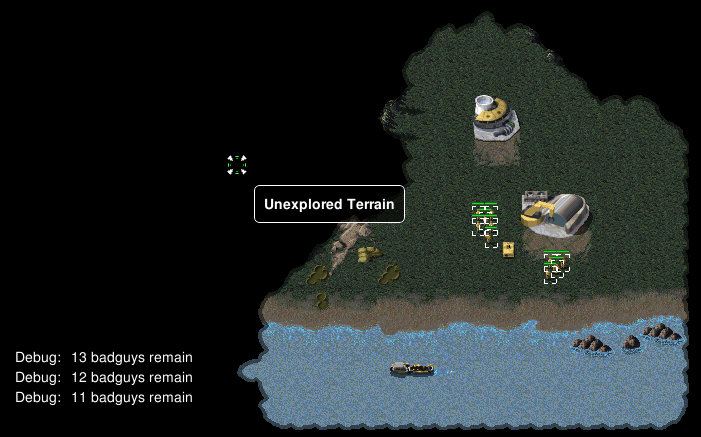 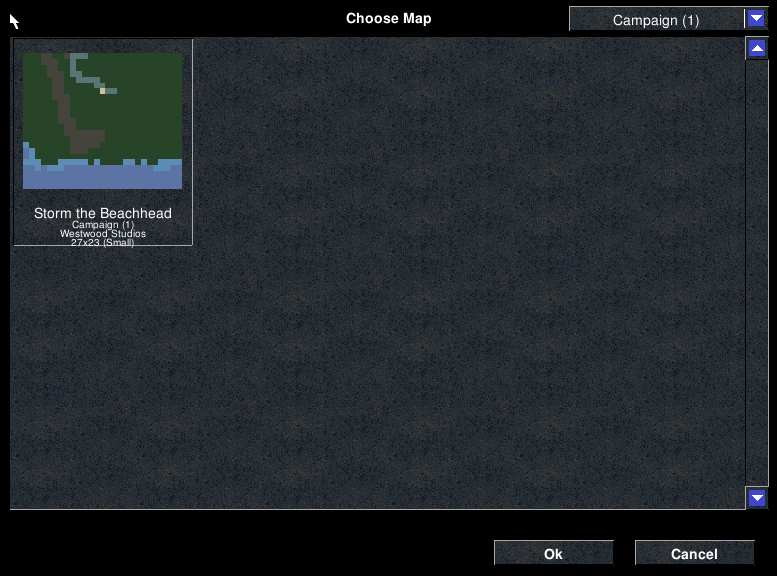 It is hard to help you with only screenshots. Can you upload your changes to GitHub preferrably forking https://github.com/Mailaender/OpenRA/tree/classic-ra?
Top

This is because you've set the roof sequence to the original shp, causing the same artwork to be drawn twice - once below the cargo, and again on top of it.
Top really nice red menu. Simply and nice !
How about creating old-style sidebar with 2x12 instead 3x8 and with power bar on left side? http://www.redalertorigins.com/ is a funny project recreating it using Starcraft II.

Anyway I prepared something at https://github.com/OpenRA/OpenRA/pull/2633
Top

But so far, so good.
Top

Just to be the devil's advocate, I don't think every feature necessarily *needs* to be included in order for the first phase of development to be considered completed. Further features can be left for the future/other developers. The purpose of creating Classic mods should be first and foremost to recreate the original as closely as possible. I think the game as it's most commonly played should take priority. Game modes like capture the flag might fairly be called secondary. Opinions will differ about how necessary other things are, like say disabling units from Aftermath. Most game expansions, however, typically make the game better, and don't leave much behind.
Top

With all that said, I have my own suggestion for recreating the original options.

In the original Red Alert, each side was always required to pick a faction. So it can be fairly said this was an integral part of gameplay. However I wouldn't say it is absolutely crucial.
Top

I suggest you make tickets for your ideas at http://bugs.open-ra.org/ so we don't loose the overview but I don't promise to work on them immediately. First I want to know if people will in fact play the mod as it competes with lot's of projects that instead improve the original Freeware game experience with binary hacks like http://redalert1.com/ http://iran.cnc-comm.com/ra/ http://redalert95.tk/ http://www.stuffhost.de/files/redalert/ http://nyerguds.arsaneus-design.com/cnc ... html#ra303 and http://cncnet.org/.
Top
Post Reply
99 posts