The experiment to release limited test builds to the forum/discord community for feedback and testing between playtests worked really well for release-20190314, so time to try this again for the "summer" 2019 build.

The next release is going to be even bigger than the last, bringing several major UI changes and a complete rewrite of the code that controls how units move, attack, and interact with each-other. The new unit behaviour fixes many long-standing gameplay bugs, but, like we found with the attack changes last time, has almost certainly also “fixed” popular but unintentional features that emerged from the interaction between those bugs.

By playing games on the test build and raising any bugs or unexpected behaviours you can help us fix any show-stopper bugs before the "real" playtests. This will save us time and effort, and make sure that the playtest builds will be stable enough to properly evaluate and, if necessary, tweak the game balance to keep MP games interesting and fun for the eventual release.


The devtest-20190824 build is based on this github tag, which applies several yet-to-be-merged PRs to the upstream bleed branch. This first test build may contain major bugs (it definitely has some minor ones), but I hope that with your help we can find and fix the worst problems within a couple of weeks and a couple of builds in time for an official playtest in early September. Two MP servers are available for each mod.

Excellent timing! I'm glad this was unveiled today. I was able to successfully host a couple of US dedicated servers on Debian 10 for the RA mod. Planning on getting a good amount of test matches in tonight. Cheers!
Top

All unload actions from vehicel Phase Transport, Chinook, Transport (Naval) etc. are faulty. The units spawn short on the position where there entrance the transport.
I test it multiple times this Screenshot shows what happend when you load a transport on different places and then unload. 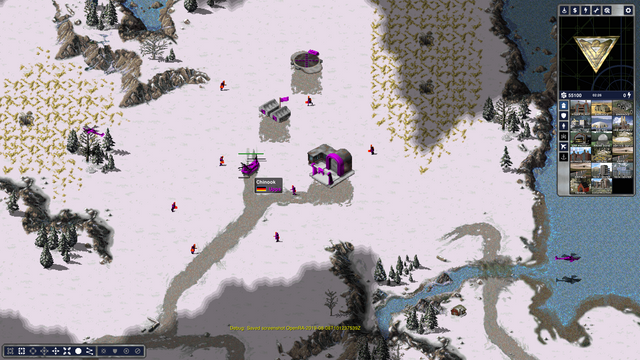 Its possible to "fast" repair Navalunits, but not in the old release!
Just spamclick with your damaged ship the Sub Pen/ Naval Yard or spam the repairkey + click next to one of those buildings and you can exploit the repair function.

I didn't can reproduce this with the Service Depot, Mechanics or with rearming air units

Thanks for the reports! Two PRs were filed that hopefully fix those bugs for the next version.
Top

On the pre-playtest a new grid got added for the IC/Chronosphere in yellow.
Request can we get other colors too? One of my main playercolors is yellow this makes the player color yellow to a bad choice if you ask me^^

Also the colored grid intensify for me the visual "glitch" of half cuting buildings and actors, when you hold the IC/Chronosphere over them.
Top

Yaks behave very weirdly with queued attack orders. Sometimes the skip over the first target on the first flyby and if on the path attack the second queued one. Then on the second flyby they actually target the first queued target and follow queue chain
Top

Couple of things i noticed on the new build.

Specs can't see GPS timer. Think the status thing is in the way. 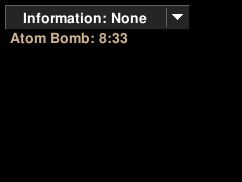 Harvesters sometimes fall into control groups when you drag select over your army.
Top

Are you sure that you aren't holding ctrl while selecting the units to add to the control group?
Top

attack move bug happens around 15 minutes in in the front of orbs base. You can see me try to use my tanks to take out his v2's and then I attack move my infantry but they run a lot more than they shoot.
Top

Are you sure that you aren't holding ctrl while selecting the units to add to the control group?

I guess this is probably the case. Haven't had it before, so i guess it's a new thing.
Top

Hot on the heels of the last one, a fourth devtest fixes a major crash and includes several other minor changes: