Discussion about the game and its default mods.
Post Reply
4 posts • Page 1 of 1

So here is a small guide on the process of doing this for anyone interested.

1. Make sure you have already done the following
Rooted your device
Preferably have a Custom ROM like Cyanogenmod install since generally custom ROMs leave more resources available on the system.

2. Start by installing this app (https://play.google.com/store/apps/deta ... xonandroid) so you can install linux on your android device (i recommend Ubuntu).

Simply follow the instructions the app provides, i used the core system image, and did all the configuration through SSH.

3. Once you have booted into linux do the following to change your root password, and update the system.

4. At this point you have a linux box running on your phone so the setup process is the same as it would normally be. So you can use the attached shell script, or configure the server yourself manually.

That's it now you have an OpenRA server running on Android

. I have also attached an init.d script for those who wish to have there server automatically start when the linux thing boots.

Some after thoughts and notes: If anyone has any comments or improvements feel free to post them below. 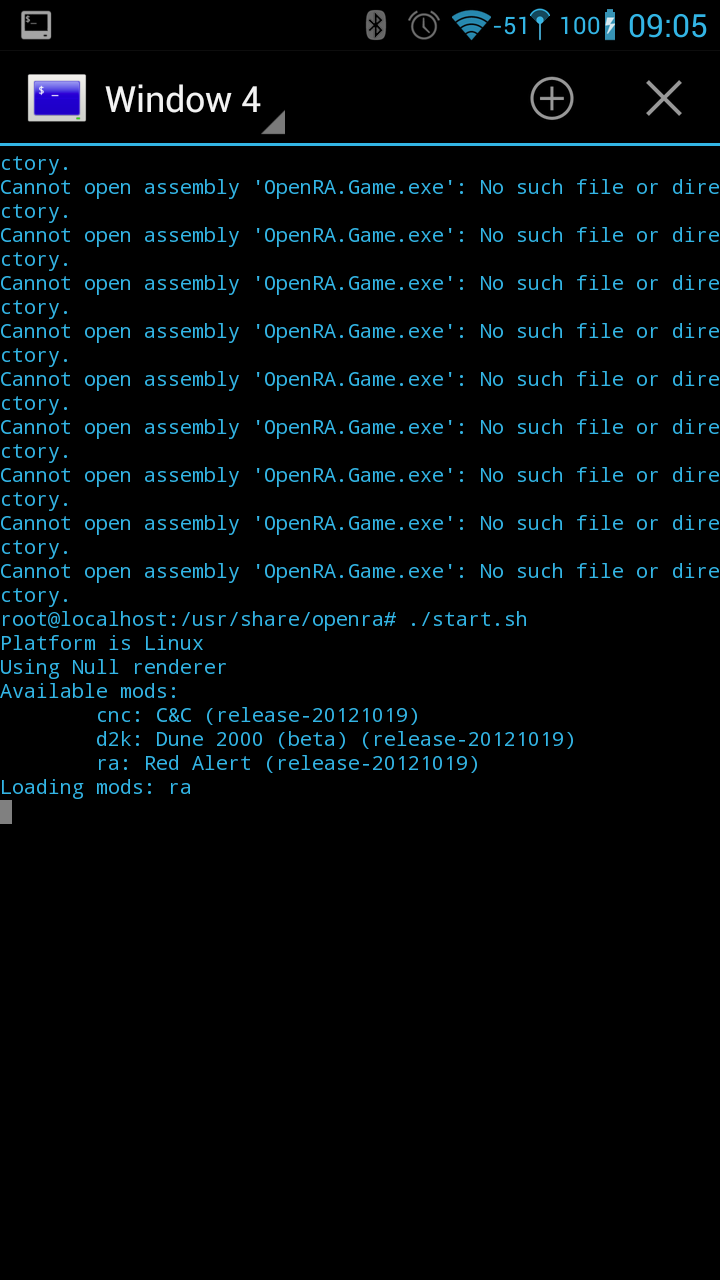 good guide,
but is there any real reason to use such a device which costs quite a bit for openra dedicated server?
Top

Well yes, but the idea is someone may have an android phone lying around after upgrading to a new one.
Top

android phones are cheap .... if you buy them through me. can get a sweet dual core for a little over $200 NZD. If any one is interested give my a pm
Top
Post Reply
4 posts • Page 1 of 1