Discussion about the game and its default mods.
Post Reply
12 posts • Page 1 of 1

As the title states, C&C is unplayabe for me. In RA, I've noticed that at least trees, submarines, shock troopers, tesla tanks, badger bombers and all ballistic stuff like missiles, cannon shells and etc. won't render properly. Instead I see some random animations of stuff being blown up or infantry replacing trees and the best of all is badger bomber being replaced with 4 burning infantry.

Does the game crash, or run slowly, or is everything fine aside from the graphical problems?
Top

Here are the pics. Not gonna downgrade at this points though, since the drivers gave me some nice performance boost in couple of games. RA played fine, altough at after 20 min mark the game started slowing down and crashed at 29 mins. I made a post about that on your bug tracker already though.

On another note, any support for lower resolutions than 720p or ability to zoom(like having everything appear 2x bigger or even 3x) in planned? I can't tell the infatry apart from each other on my 32" screen at 1280x720 and not really planning on getting projector any time soon. 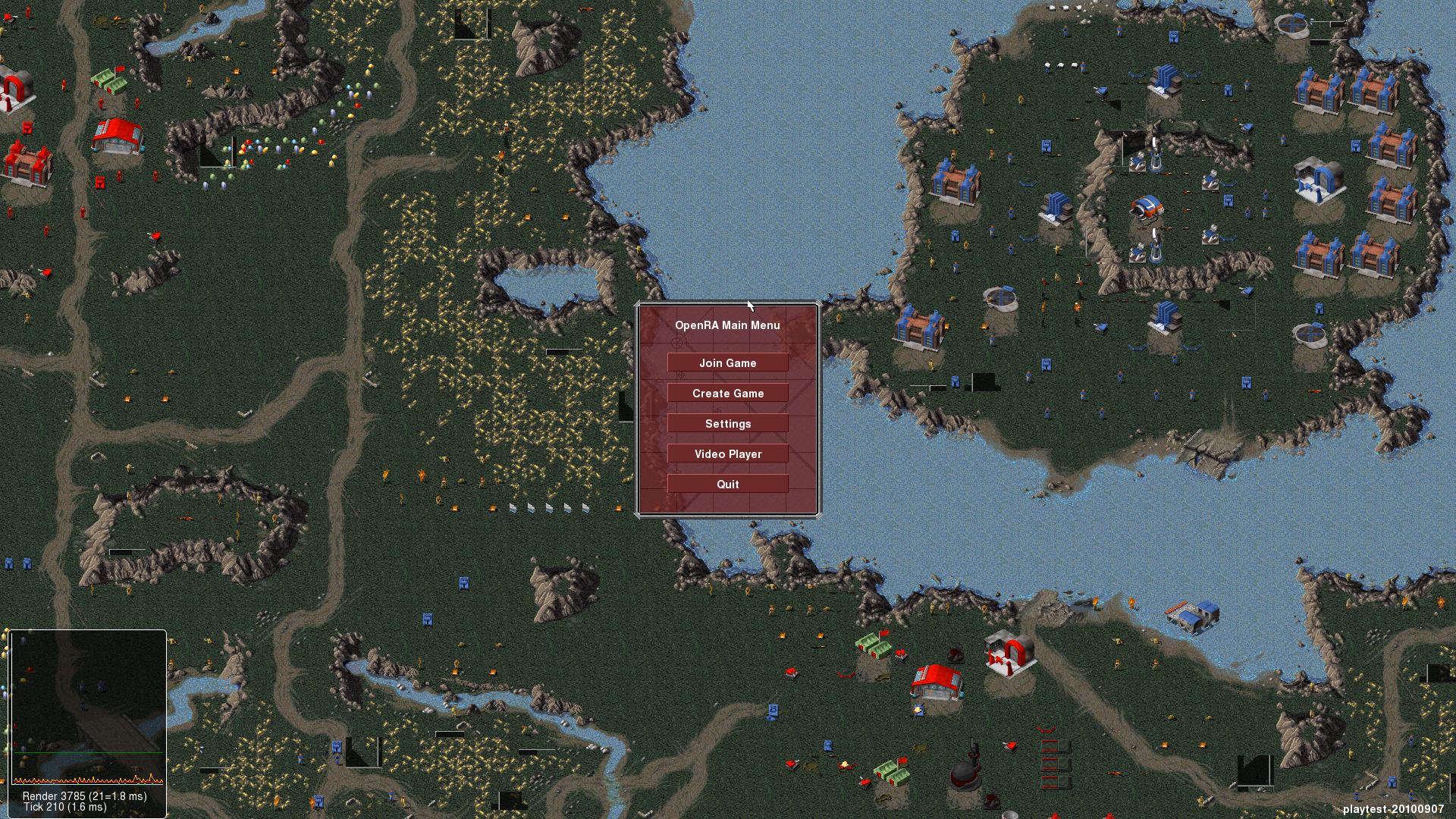 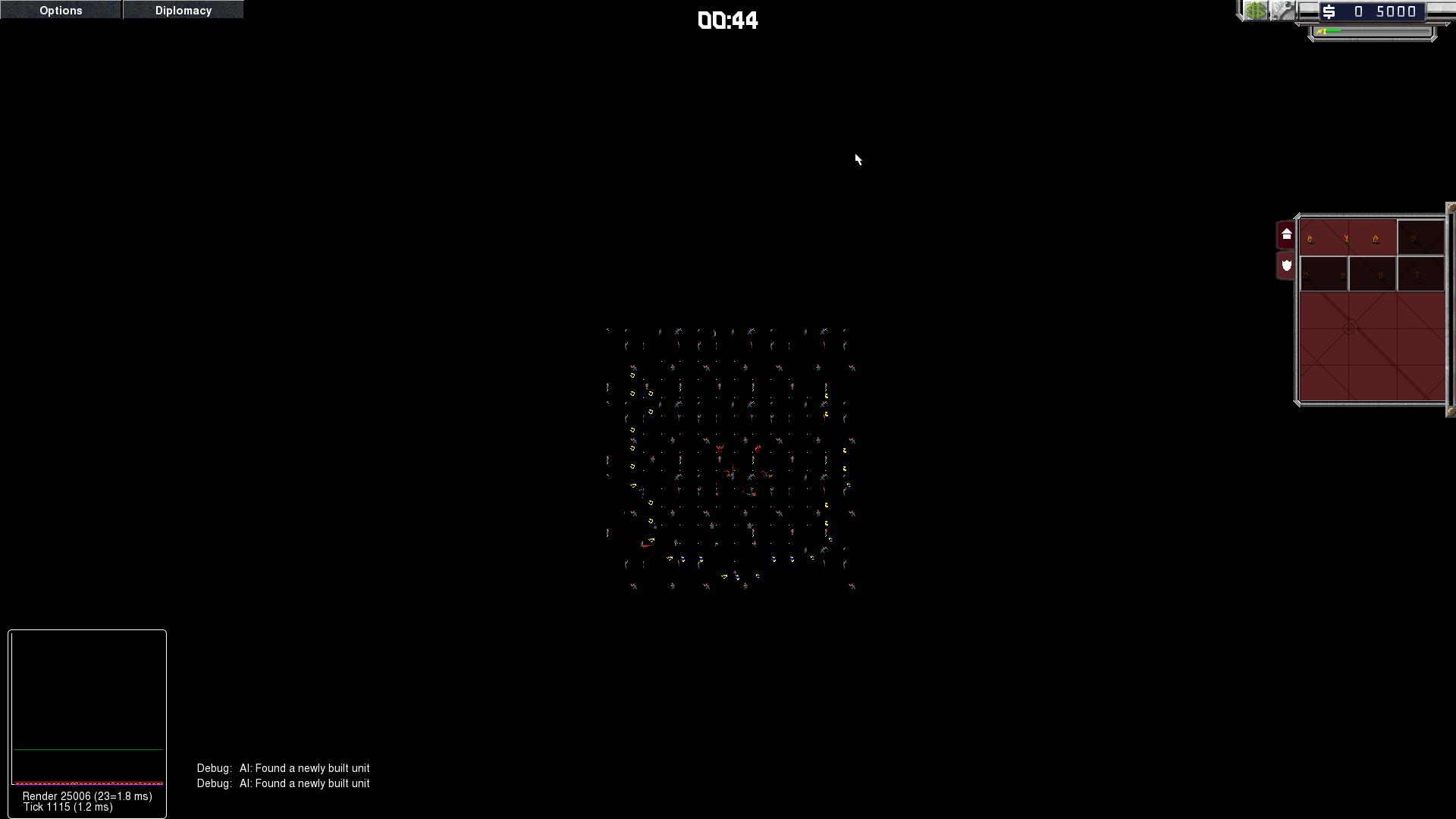 So AMD didn't fix it with 10.9 drivers either, so I searched a bit and found that copying atioglxx.dll from older drivers to OpenRA directory fixed these issues. Most likely works on other older games that are using OpenGL and have their graphics messed up in the recent drivers.
Top

Glad to hear you got it fixed. Shame no one really knows why it broke.
Top

Wow, thanks for finding a solution, Could you upload this DLL file so people who experience this issue can easily download this file?
Top

Apparently AMD broke OpenGL drivers in catalyst 10.5 that caused couple of older games using OpenGL to not function properly. Instead of fixing it, they broke it more on catalyst 10.8 and that results in what you see in the screenshots I posted earlier. Using catalyst 10.4 OpenGL drivers by placing them in the game folder makes the game use those instead of the currently installed drivers. I've also noticed some issues in other OpenGL games like Duke Nukem 3D that this fixed too.

Edit by Sleipnir: THIS ONLY WORKS IF YOU ARE RUNNING 64-BIT VISTA OR 7. IT DOES NOT WORK FOR WINDOWS XP.

Here's the link for the file. Just place it your OpenRA folder, if you are having issues with Radeon drivers.
http://www.mediafire.com/?ana6bzs3efx9ttw
Top

NP. To those who are wondering, this is opengl drivers for 64-bit Win7 or Vista only.
Top

There is a new renderer courtesy of pchote/Sleipnir currently in our testing branch that will hopefully be in the next release. From preliminary testing it seems to fix this problem without needing the old driver DLL.
Top
Post Reply
12 posts • Page 1 of 1