Our third big release in 2018 has finally arrived!

Discussion about the game and its default mods.
Post Reply
36 posts

netnazgul wrote: ↑
Sun Oct 28, 2018 8:46 am
@Kankipappa I'm on Win10 and AMD FX-4300 and there are absolutely no performance issues for me, so the issue is not related to AMD in general, especially that you say it's performing ok for you under Linux on the same setup. My suggestion would be you should post an issue on Github repo providing all the specs and logs there as well so that devs may investigate the case.

Just an outside question - are you sure it is not related to GPU emulation? You haven't mentioned whether you have an embedded one or not.

No you misundestand me, while it's performing better on linux (probably due to it just being better and/or more efficient OS in technical side, i'm running Gentoo), it's still not good enough. Or is 3770K really something like, 4x more powerful than 2700X? Last time I checked I actually gained ~10% on the IPC in overall, not an huge decrease...

Basically Upgraded my CPU/motherboard/RAM, while still using GTX 980 TI, so it should not be about GPU either. 3770K machine is now running older GTX 480 for comparison.

When the games start out, I can keep up with the framelimit for a moment. When ppl start massing units (after ~15min playtime when most factories are done), the scrolling starts to Lag/warp and it gradually gets worse over time. Even the ingame mouse starts to lag on Windows 10 and basically to fix the performance issues, I have to quit from the game.

Linux seems to tolerate this a bit longer, but it's also chocking on scrolling 30mins in. Exactly the same scrolling lag issue last time I tried playing with my friends, while the intel systems I have keep on rolling, like it is smooth as from the start. Laptop maybe showing a bit slowdown at this point, but nothing big like the AMD system.

I was especially worried when my old I7 Q720 @ 1.6GHz performs better on this engine. That is a really old Laptop. This shouldn't be the case and I think there is something wrong on the engine, when handling the game with ryzen. Neither of the intel systems get the same type of lag on scrolling, which is making it look like it's 5fps on ryzen, when the game has been on for 1 hour.
Top

I run a 3770k and OpenRA runs on the chipset graphics. It runs fine.
Top

Dear all,
I am an old fan of C&C games and I recently started enjoying OpenRA. Very nice, thank you for your effort.
I re-started from the origins playing the single player missions of Dune 2000, I completed all the missions of Atraides and Ordos with no particular difficulties however I got stacked at mission 7 of Harkonnen house. The amount of enemy vehicles and attacks is overwhelming since the very first instants. I looked on youtube for the walkthroughs and demonstrations from the original game and it seems that the enemy attacks are much softer there and less frequent. Do you agree, can you patch it?
Thank you.
Andrea
Top

Glad you have fun playing those missions.
Harkonnen 7 really is that hard, though. I played the original campaign , too. And it also is hard compared to the other missions in the original. It’s always been a difficulty spike.

Just retry a few times and you will be successful!
Cheers
Top

Release 20181215 is now available with a collection of bug and crashfixes, but no intentional balance or gameplay changes.
Top 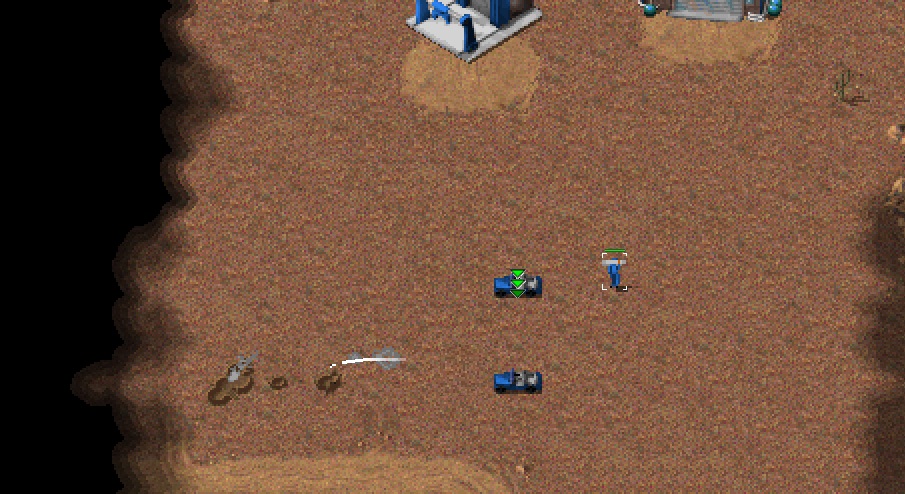