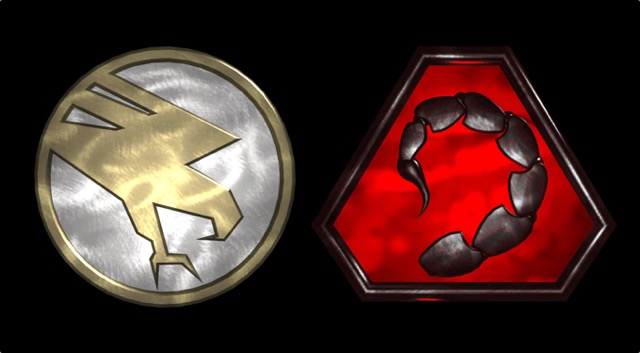 Note: This rulebook is meant to serve as a guideline. Situations will come up that are not covered, or circumstances may make following the rules unreasonable. I will make decisions on a case by case basis in those situations.

Overview:
There will be a group stage and a single elimination bracket. The group stage will be small, consisting of about 6 players per group (randomly assigned). Players will have an opponent each week to play, until they’ve faced every other player in the group (~5 weeks).

The top 2 finishers of each group will then be randomly assigned into a single elimination bracket. Ties are resolved through a best of 3. There will be an additional week if needed for these matches to be played.

Group stage will have a schedule to follow. Players will have a different opponent each week. Each match will have two games played, with 1 point given for each win. If a tie does occur in a game, it will require the game to be replayed.

If matches are not played and reported in time, each player will receive a strike, unless a “failed contact” notice is sent to me on Discord. Each subsequent week the set is not played will result in another strike. If a player receives 4 strikes they forfeit the group stage, and all wins against the player are removed. There are no delays (You can think of strikes as delays, if you need them).

There will be an additional week to resolve score ties and any lingering matches.

Elimination Tournament:
Top finishers from the group stage will be randomly assigned into a single elimination tournament. I understand it can be difficult to have everyone available at the same time, so it will be played over multiple sessions. You can play your matches at any time, but I (or someone else) will be organizing streaming sessions to have the tournament played. Ideally the tournament should be done in a single day.

You will have a week to play each match if you can’t make the streams.

In case it comes up, you are not allowed to select spawns (if you believe spawns are unfair in a significant way, contact me).

Rules for Group Stage Matches:
1. Each player bans a map (if they so choose).
2. Each player will have a “home” game. In your home game you select the map and your faction first. In the “away” game your opponent does. If players want a ruling on who has their home game first, it can be decided on order of signup (earlier sign-up pick map/bans first).
3. The same map can be played for both games.
4. If a game results in a tie, it will need to be replayed.

Rules for Elimination Tournament Matches:
1. First map for each round is pre-chosen
2. The player positioned higher in the bracket picks their faction first
3. Loser of subsequent rounds picks map/faction first.
4. Maps can not be replayed (except for ties).
5. Matches are B05, finals B07
6. Bronze match is B05

Reporting Results
In order to be valid, results need to be reported on the openRA discord server (there will be a channel for it) and uploaded to Jazz's file server. Rename the replay to: Group-A-ORB-ZXG-G1
Or, your group, followed by the 3 letter acronym of player 1, player 2, and what game in the series it was.

Drops:
If a player drops out of a game, both players will need to decide if they need to replay the game. If one player had a significant enough advantage, then the win can be given to them. If the players can’t come to an agreement, then I will decide.

Pauses:
A player must ask for a pause, and the other player needs to give permission or pause himself. Pausing without asking is liable for match invalidation or a forced loss. The player who did not request a pause can unpause after 5 minutes.

Bugs/Exploits:
Since the tournament will be played on the playtest, there is a high possibility for bugs or exploits. Games can continue if a minor bug is discovered. A significant exploit can result in the game being invalidated if used by the winner.

Repeated usage of exploits by a player will result in forfeiting the league.

Observers
Spectators must leave if either player requests it.

Early GG
If a player GG's (or says something similar), they surrender the match. If they end up winning anyway the match still counts as a loss for them.

Prize Pool:
Three $10 prizes rewarded to random players who finish all their group stage matches.
The remaining pool is split this way from the single elimination bracket:

Prize money will be distributed through Paypal.