Tournament is on the 26th! 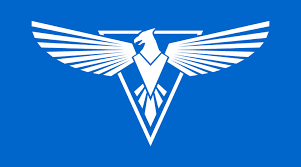 On May 26th at 12pm EST (4pm UTC) I will hold the tournament. It'll be double elimination with 8 players. The first map of each round will be pre-decided, and the the loser of the previous round decides the next map. Loser's Bracket games will be a best of 1. There will only be one match played per round in the loser's bracket. All normal rounds will be a B03. Finals will be a B05.

Factions: As this is an Allies Overhaul Tournament, faction picking will have some rules to it. The first match of each round is always an Allies mirror (countries can differ). The loser of the previous match can pick his faction, however, there must always be at least one Allies player in the match. For example, if the losing player pick Soviets, then the other player has to play Allies. If he picks Allies, the other player can pick either Soviets or Allies.

Rules will be standard RA rules (explored, no crates, etc) on the latest version of AO.

*I will likely add more maps before the start of the tournament.

If you would like to donate to the tournament just shoot me a message on discord.(Orb#1894)

You can stick my name down too for some qualifying

I think some planning towards game times will make things run a lot smoother, and is more enjoyable for the viewers too, as they can make sure they watch the match ups they want to see.
Top

So, considering lack of interest I'll be cancelling the tournament. Sorry everyone!
Top

wait what? It's a week till the qualifiers still!
Top

You know that most of players sign up last minute.

For my part, i'll not be able to sign up.
Top

WhoCares wrote: ↑You know that most of players sign up last minute.

Count me in!
"Do not trust the balance tzars (Smitty, Orb). They are making the changes either for the wrong reasons, for no reason at all, or just because they can and it makes them feel good." - Alex Jones
Top

So there's been some stuff going on behind closed doors, and I've been convinced to -un-cancel this!

Qualifiers were skipped, but currently we are at 7/8 participants (N/a and Netnazgul msged me privately to sign up).

The tournament will be double elimination. Also I screwed up on the time. It's actually 4pm UTC this Saturday, not 5pm UTC.

There's a semi-private discord server I've set up for the tournament. If you want in just send me a msg.

I've also edited the rules a bit since we know how many participants there are.

Unano signed up for the last slot. We are all good to go for Saturday.
Top

Can we directly spectate or do we have to get on stream? If so, who is streaming?
Top

The games will be hosted on public lobbies. If the participants are fine with it anyone can spectate. No one has said they'll be streaming, though Lorrydriver might stream his first person perspective. I'll be streaming if my internet holds up.
Top