Updated ban list with usernames. Admins can you please not delete it this time. I'm putting it back up because people keep asking for it.

Discussion about the game and its default mods.
Post Reply
32 posts

Team killer username: Catatafish
Found out he is a registered user, all I could find. 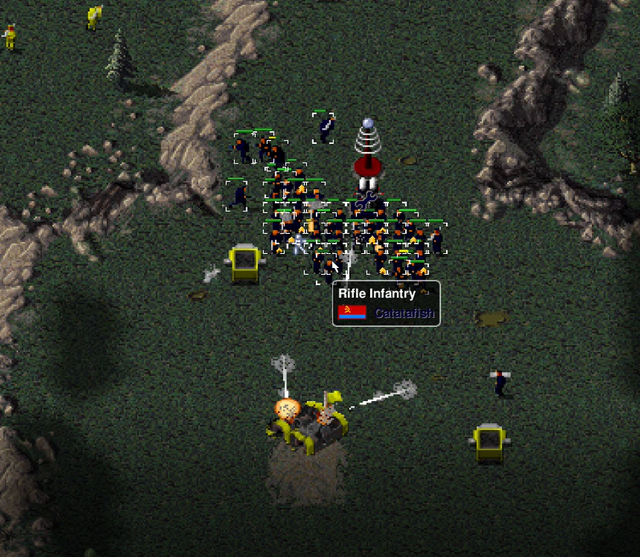 Proof that he was on my team 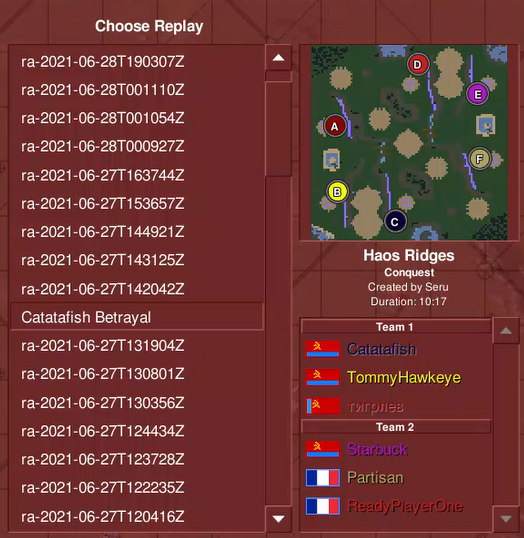 i think there should be a ban list but i also think it should be for more serious offenses than leaving without surrendering. i get that alot players that quit rather than surrender ive mentioned it on discord and it is irritating but i wouldnt call specific players out on it because they either have a pc problem or they are just a little spineless and cant enjoy a game they have not won and they have no concept of respect for an opponent because of their slightly spineless nature but thats their problem and we should pity them not put their name on a list its a little fascist although im not calling anyone a fascist. there are a couple of names on that list i have fought a fair few times and i have never had a problem with them beyond the odd quit not surrender and they seemed decent opponents to me. its a game we should all be here to enjoy and just politely move past the few oddballs we have and go to the next battle. i think your list should be clearer on exactly what the player has done and the list should be about five names probably. i was in one game recently and the opponent decided it was necessary to tell me they 'hate n.......' it was disgusting to see someone type that for no reason other than to get a reaction but my reaction was pity and i just said something polite and carried on playing. dont feed them is my advice if a player is doing something genuinely wrong tell the right people and help the community not call out players that may be struggling with themselves and the game.
Top
Post Reply
32 posts