Mapping probably even more complicated than making a mod.

Someone appears to have multiple (3 if I count correctly) forum accounts.
Top

Didn't you already accuse me of that before? It's getting boring.
Top

If so I forgot. But could be, it just looks like this when reading through the thread. My bad then, I aplologize if you aren't kidding people here, which I assumed you would be.
Top

I'd be annoyed too - let's forget about it, won't happen again.
Top 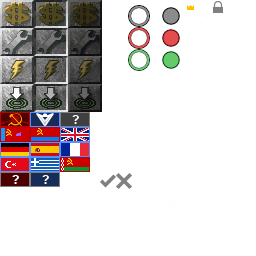 TLDR: There is a solution, but it isn't mapmods and IMO mapmodders shouldn't even complain - they accepted this limitation when they limited themselves to mapmodding.
Top

Okay, your answer may have revealed some a lot of things about modding that I probably previously didn't know.