Page 2 of 5
by AoAGeneral1
lol still like the text font. Just found that comment amusing
by noobmapmaker 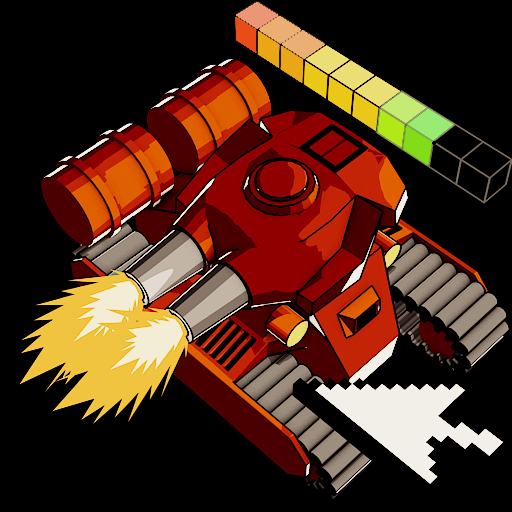 JOo wrote: ↑For those of you who are full of ideas but are lacking in the skill departments, don't be shy and submit your ideas as well, you never know, perhaps someone will pickup your idea and make it into a beautiful new OpenRA logo!

I wish I could do all this stuff but I have an idea.that I will try and describe

The back view of a gamer In his chair left hand keyboard right hand mouse bulky head set.

Standard gamers messy desktop with a PC monitor with no clear image or colour on the screen
Gamers head taking up most of the view of the monitor and the gamer looks intense hunched and stuff.

Over laying transparently a war themed picture of soldiers charging with helis over head etc. Giving the impression of his minds view of the battle he is fighting in game.

Open Ra across the bottom

by JOo
--
by JOo
--
by Fortnight
The cog http://i.imgur.com/hyvOws7.png looks fancy but it's wide, meaning it'd be cut off in a square icon on the desktop or be small and have empty space below and over it. It's also a cog, which is used everywhere so it's not so original.

Trying to read http://i.imgur.com/PDQtwYn.png or http://i.imgur.com/ggZC6jL.png almost gave me a head ache, no offense. Is text really relevant right now though, let's find a good symbol! That's what is being replaced after all (the old star symbol).

https://i.imgur.com/NMEe5yM.png The health bar in the engine turns yellow at 50% and red at 25%. There's no orange. If there's going to be a health bar in the logo I think it should look like it is in the game, I don't think it's even customizable via mod settings. The original tank logo suggestion has yellow health bar at 60%.

A wrench is a pretty good symbol since it's used for repair in all default mods and also symbolize crafting (you can craft a game with the engine). I think we shouldn't focus on symbolism for crafting/engine/game making/modding however since most people just want to play a game and don't use the engine itself to build anything of their own. We should look for something that looks good and reminds you of the genre, that's why a "typical generic RTS tank" feels best so far to me.

http://i.imgur.com/jGSdKQm.png Would work but in the end it's a cube, which I can't get excited over having on my desktop. There's so many icons with crates out there and personally crates don't make me think about real time strategy games in general. Just Red Alert.
by warman
So far the only other viable option that came out of the discussion is the slapping together a crate and a wrench. While I personally think that would be boring, as we would essentially be using the two most mundane and common objects in gaming to stand as the icon of OpenRA. However, I think it's worth a shot if someone has the time to take it from JOo's sketch to see what it would look like as an icon.

As for the healthbar, initially it was green, but it clashed with the design of the two most significant places the logo will be displayed, the website and mod chooser, and that's why it was switched to yellow, which works out quite nicely while still contrasting nicely with the red tank.

For all the comments the are referring to all the other details/busyness/readability, I'm working on a new version of the same tank concept that will hopefully resolve many of these issues.

All that being said, keep the ideas/images flowing, I can see a much healthier discussion is taking place here than was taking place in the comments on the website, we need as many concepts/ideas as we can get.
by klaas

Fortnight wrote: ↑ There's so many icons with crates out there and personally crates don't make me think about real time strategy games in general.

This I can only agree with. Who wants a mundane logo, if you can have a tank? It is clearly a game tank, it is simple, you can recognize it, and the double barrel is typical of the RA/TD/D2 genre, without favoring any in particular. Really, what more do people want? Why are we even discussing this?

As for the details, the only thing that really bothers me is the pointer. It's ugly and doesn't add anything IMO. That being said, I think Warman made the image, so Warman should create the image as he thinks is best. It is his creation after all, I don't think designers should listen too much to others, otherwise they may end up as the design equivalent of Justin Bieber.


For all the haters that can't read my typography I created this:
http://imgur.com/M0Gsqnw
by JOo
--
by Doomsday

klaas wrote: ↑ I don't think designers should listen too much to others, otherwise they may end up as the design equivalent of Justin Bieber.

As someone who does creative design work for a living, I cannot disagree with that.

I think logo should mostly attract players. If players with modding experience cannot figure out anything from OpenRA name, they aren't worthy modders.
by JOo
--
by noobmapmaker

klaas wrote: ↑
For all the haters that can't read my typography I created this:
http://imgur.com/M0Gsqnw

Don't mean to offend you but I really can't read it . In general I think it's a nice typography but it doesnt serve it's purpose. I would say this is the typography for a modern art gallery.

Also I was thinking about another logo and tried to come up with things that I think off and kept associating. Something for others to further associate from: (the list is far from complete!)

- Recreation of Westwood Classics
Command & Conquer
Old school gaming
Nostalgia
Future outerspace worlds/factions
by noobmapmaker
A shitty idea, but feel free to take it and make something better out of it. by JOo
--
by Doomsday

JOo wrote: ↑@noobmapmaker : what about a tank ... coming out of a factory ? (by that i mean half-way through the factory-door)

tank would stand for the "gaming" part

a factory for the "engine" (programming) part

That sounds like a good idea. But then again, it also sounds very complicated for a logo.
All times are UTC
Page 2 of 5