Engineers - what have been people's ideas to moderate?

Discussion about the game and its default mods.
Post Reply
46 posts

Not a bad idea, it could be defined by something like a CaptureTime: trait in yaml.
Top

psydev wrote: ↑ Re: proposal 1. More generally, buildings with higher hitpoints should take longer to capture. So, Construction Yard should have a longer delay until capture than a power plant.

How do you _stop_ a capture though if we're not going the Generals route, aside from with another Engineer? Maybe a building that's being captured can be infiltrated with any infantry who kills the Engineer and stops the capture?
Top

Surrealistik wrote: ↑How do you _stop_ a capture though if we're not going the Generals route, aside from with another Engineer? Maybe a building that's being captured can be infiltrated with any infantry who kills the Engineer and stops the capture?

No. It shouldn't be a preventable process once it starts (unless destroying the building). If you let an engineer into your structure, then you simply deserve to lose it one way or another.

The capture duration was added as a balance to prevent immediate (and cheap) base expansion with production/turret buildings*, not as some opportunity for the victim to gain redemption in taking his stuff back. Having captures become immediately stopped by throwing any infantry in just renders the whole feature of capturing structures pointlessly difficult.


*Think about it; if in a 4v4 match a structure was captured, that was up to four structures AND defences that could immediately be deployed. Whoever lost even the most simple of structures to a capture was pretty much fucked in the blink of an eye - at least now they can deny the capture, but not without losing the structure too.
Top

The whole idea of the thread was to come up with ways to balance the Engineers which as stands are a problem in that it's too easy to cap with them; once they get within melee range of a facility, it's done. APC/Ranger rushing an Engineer into a base while you're distracting your opponent with some standing force (doesn't even have to be a large one) isn't especially difficult, especially in team games, where the Engi micro becomes easier as your ally can pick up the slack. This is doubly true in those maps with poor chokes.

That's _exactly_ why some people are throwing around the Generals idea. I personally still think having Engis reduce structure max HP by 50% and capping at 50% of max is the best idea overall; make the Ranger a 2 seater if necessary. At least you'll have to make a more substantive investment in $$$ to rush.

Further, making capture times proportionate to the current HP of the structure as the only material difference actually changes _nothing_, unless this greatly increments the amount of time you have to deploy something to both get within firing range of and destroy the building (if it's something major though like a WF or CY you're still fucked).

Personally, I'm not claiming there's no better solution than infantry halting the capture process, but something needs to be done about the current state of things, and I doubt whether HP scaling cap times alone is nearly adequate.
Top

I'm really against the 'Generals' method. It's slow, it's cumbersome, and capturing would rarely be worth the effort. Something like a combination of CaptureHealth and CaptureTime traits on structures would probably be the best solution if we're seriously considering a rethink of how Engineers and capturing functions. They could be defined per structure and the values shuffled and tweaked until a balance is found. Forget the capture time scaling to a structure's remaining health.

As for Engineer damage, this should probably be somewhere between 30 - 40% (and I'm seriously in favour of the lower threshold). 50% honestly seems too high, and an APC of Engineers capable of doing this much would pretty much guarantee a capture every single time - only 2/5 of them having to survive is a bit lenient. Reducing their damage would require better timing/movement on an invader's part, and more Engineers would have to avoid being killed in order to make a successful capture. Of course this means that Allies would generally need more vehicles per attempt at rush-capturing, but seeing as destroyed units don't spit out their cargo as survivors (unlike RA95), more effort would be required for a Soviet player to successfully guide an expensive, slower APC without it being destroyed (wasting $2500 of hard hats and overalls).

The thing is, as long as players use Engineer rushes, other players will complain and stamp their feet complaining about fairness, cheap tactics and lack of balancing, regardless of what's worked out. It's been this way since C&C was released way back in 1995 (be grateful it doesn't happen like that any more), and the only real way to get around a rush is to not let it happen to you. Build walls; create your own chokepoints. Build defences. Keep some Rocket Soldiers around likely targets so they can take out approaching transport. Have your own Engineers on standby to recapture if necessary. No matter how much effort is put into balancing the game, it can all be undone by incompetent play.

So, basically, you've acknowledged that in order to guard against an Engineer rush that's even passably microed, you basically need to have multiple rocket soldiers and riflemen, and/or a mess of base defenses; way too many resources vs the opponent's very small investment. It's not about a question of incompetent play, it's a question of how much it costs to stop in $$$ and micro even when you take the proper precautions vs how much it costs them. Right now the answer is too much except maybe on maps that are heavy on chokes.


If you want to go 30-40%, that's fine by me; while I'm not averse to the Generals method, I don't think it has a place here. My concern is the Soviets having it too easy vs the Allies with their limited Ranger space, especially when the latter is supposed to be about hit and run/sneaky tactics, while the former is about brute force.
Top

I like engineers as they are now. I haven't played a match where I felt engineers to be "overpowered". Sure they can be game changing, but other units can also be, and they are not much more expensive. I like how engi's give a different strategy option to the all out tanks or v2's and planes for the soviets.

Maybe a longer capture time depending on the hit points would be good, but not needed IMHO..
Top

I had the idea of making engineers morbidly obese, so that they'd be so slow the enemy would have a fat window of opportunity to kill them before they'd reach a building.

Then he'd have like idle animations where he'd pop open his suit case and take out some pizza and a cup of soda, or a candybar from his back pocket, or something. A single engy would take all the space in an APC, helo transporter, and even in the hovercraft. Any vehicle transporting him would slow down 50 %.
Top

so if a tank rolls over him more "splatter effects" ?

klaas wrote: ↑I like engineers as they are now. I haven't played a match where I felt engineers to be "overpowered". Sure they can be game changing, but other units can also be, and they are not much more expensive. I like how engi's give a different strategy option to the all out tanks or v2's and planes for the soviets.

Maybe a longer capture time depending on the hit points would be good, but not needed IMHO.. 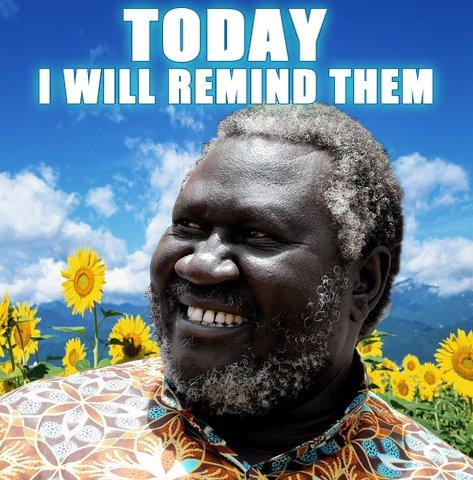 Your daily reminder that if you use engineers you're bad and you should feel bad.


I say implement a Red Alert 3 style capture system where the engineer must stand out of the building 10 seconds before he can capture it.
Top

What if capturing a building is REALLY slow but the more engineers you send in, the faster it captures?
Top

BaronOfStuff wrote: ↑ As for Tanya/Commando issues, in what sense are they OP?

I think it's pretty brutal once you lose your construction yard to a commando. On the other hand, one could argue that you shouldn't have let it be vulnerable in the first place...
When you are attacking another's base and there is a hole in their defenses and you send 4 commandos in with a few other units to cover them, you can pretty much destroy everything very quickly.
Top

Why are commando units not limited to 1 at a time?
Top

epicelite wrote: ↑Why are commando units not limited to 1 at a time?

They will be, come next OpenRA release.
Heroes and missile silos are now limited to one per player
Top
Post Reply
46 posts